Things can get a bit lonesome day after day behind closed doors. 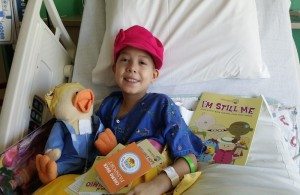