You may recognize Zack as the boy behind one of our adorable Chemo Duck cartoon characters. This is his story… 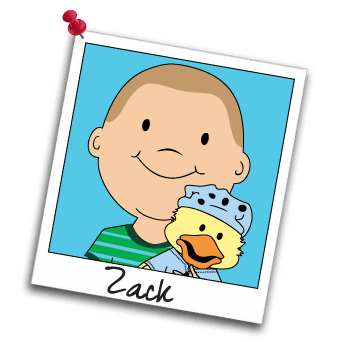 Three days before his third birthday, Zack’s parents received the worst news a parent can hear: “your son has cancer.”

Not long after his diagnosis, their local hospital in the UK, Birmingham Children’s Hospital, gave Zack the hope and comfort he needed — his very own Chemo Duck.

“Zack was very excited about his duck,” said Zack’s father, Ian. “He used his duck two-fold. The doctors would use the duck to show him what they were going to do and then he would do it to the duck as well — many times over!”

They also added accessories to the Chemo Duck as needed. For example, the duck still has a cut-down NG tube from when Zack had to have one for a few months. They also gave Zack a toy medical kit, which he loved to use on the duck.

After three years, Zack finished his last chemo treatment in March 2011. Although he will continue to have yearly check-ups indefinitely, he is now considered a full-fledge cancer survivor! 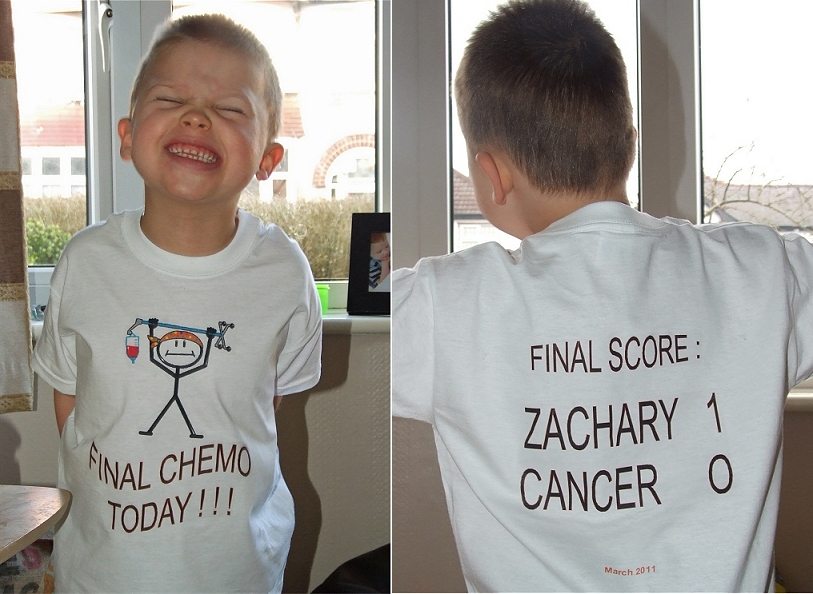 When asked about what he would share with other parents who are going through the journey of cancer with their child, Ian’s father said, “Time does pass, things do get better! Zack was under treatment for almost three years, but it has been almost six years since his treatment stopped. It is both the longest and fastest time I have ever experienced.”

Ian continues, “Never give up, never doubt. Cry you heart out — let it all go! Accept all the help you are offered. You can always turn it down later, but if you say no first, they may not offer again. Don’t be too proud. And lastly, while this can be an incredibly challenging experience for you and your child, it’s important to do whatever it takes to minimize the bad times and maximize the good ones!”

Today, Zack is still dealing with a wide range of issues, including Klinefelter Syndrome, brain damage from chemo (which is extremely rare), Autism, Global Developmental Delays and Epilepsy. 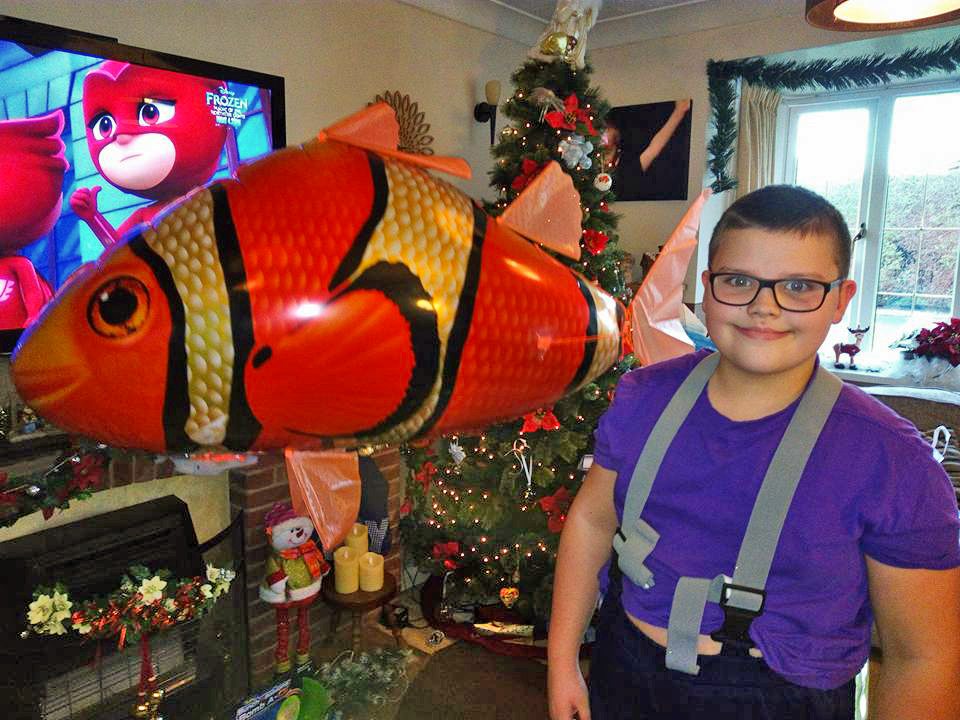 And while he is emotionally and educationally behind in comparison to his physical age, overall he is a very genuinely happy, warm and loving boy! He loves anything fire, fire engine or fireman-related and is in the Special Needs arm of the Fire Cadets. He also loves anything transport-related and can often be found playing pretend, driving a taxi, fire engine, bus or plane in his mind — and when they “break down,” he is quick to step in and fix them.

“He is becoming ever more aware that he is different,” said Ian. “But he battles on regardless. He will always provide a smile when asked and will share almost anything with you if you’ll be his friend. Anyone who spends even a little time with him say they love him — he is just one of those lovable type of people!”

Everyone with the Gabe’s Chemo Duck Program is thrilled to have Zack as a member of our Chemo Duck gang. His perseverance and positive-attitude is an inspiration to us all!